Journey of Faculty of Applied Sciences at AIMST University

The Faculty of Applied Sciences (FAS) was established in 2002 in the interim campus of the AIMST University (AIMST). Under FAS, the Department of Biotechnology (DBT) and Department of Material Science were established by Professor Helen Nair, the then Dean of FAS. In 2004, IPS approved the application of AIMST to start its MSc Biotechnology (by research) as the first postgraduate degree programme.

Currently, FAS under its DBT offers three-year degree programme, BSc (Hons) in Biotechnology, Master of Science (MSc) and Doctor of Philosophy (PhD) in Biotechnology (In research). FAS is one of the most vibrant faculties in AIMST. Undoubtedly, FAS is the most successful faculty in attracting extramural research funding from various government and non-government funding agencies.

As of October 2015, about 600 biotechnologists has been produced by FAS. It is obvious that FAS has made tremendous progress in a short time and do have several successful stories to tell.

However, only some selected facts, achievements and/or developments are narrated in the chronological order: 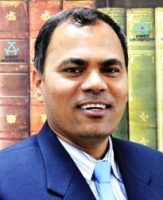