First Beat Vol V: Got Heart? Is APAC’s 5 th concert. Started in the year 2004, First Beat (FB) had a history of a humble beginning in the Amanjaya campus auditorium. 2 consecutive FB concerts were held there. Due to the overwhelming support, volume 3 was organized in the Club House of Bandar Laguna Merbok in 2006. Volume 4 was organized in the Experimental Theater of our new campus in November 2007 and has been a great success

Volume 5 was organized in the Great Hall of AIMST University on the 14 th February 2009. It featured many types of performances comprising different genres of music from rock bands, contemporary vocals, Indian classical music, fusion music, beat box and etc. the profits from this concert would be used to donate to True Life Children Home in Sungai Petani in the form of buying musical instruments for the underprivileged children there. The show was a great success as a result of untiring effort of not only the organizers but the crew members, performers and also from the support of the University administration. The crowd was wonderful comprising mainly of students and staff of AIMST University . This First Beat would most probably be the last one organized by the pioneers who started this concert as most of them would be graduating this year.

very First Beat concerts, has shown great improvements not only in area of performances but also other soft skills in events management such as stage management, sound system, lighting, technical aspects, props and marketing. First Beat has been a great event that brings together students of AIMST University regardless of their faculties in the name of good music. 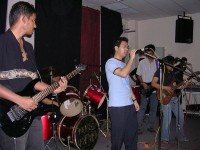 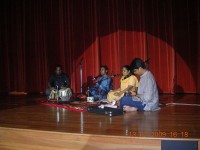 This entry was posted in AIMST Performing Arts Club and tagged APAC. Bookmark the permalink. . Print .
© 2002-2020, Created by Students of Aimst University, All Rights Reserved.
Proudly powered by Wordpress